New World Foundation has two clear strategies that on a wide scale address gender issues and gender inequalities that persist in the communities we work with. These two strategies are Women Work & Mobilization and Men Work & the “Absent Male Role Model” Work. These strategies work with men and women from the communities of Lavender Hill, St. Montague Village, Hillview, Seawinds, Vrygrond/Capricorn (formal settlements) and Cuba Heights, Military Heights, Village Heights and Overcome Heights (informal settlements). The two strategies work with men and women from communities where the people are marginalised or wounded on a number of categories such as poverty and gender identity. The gender work that NWF performs around gender issues, gender stereotypes, gender based violence is vital in the communities that we work with.

New World Foundation believes there are specific women needs in Lavender Hill and surrounding communities. For example, women suffer from violence against women, carry the burden of poverty (mothers needing to feed their children), suffer demotivation, stagnation and a lack of education, resulting in apathy. At the same time, we witness strong women-survival energy, mothers and especially grandmothers that have a strong hand in the raising of their (grand)children, individuals with skills that they can bring forward to be utilized and a substantial number of women’s groups and organisations in the community attempting to address the issues of women. 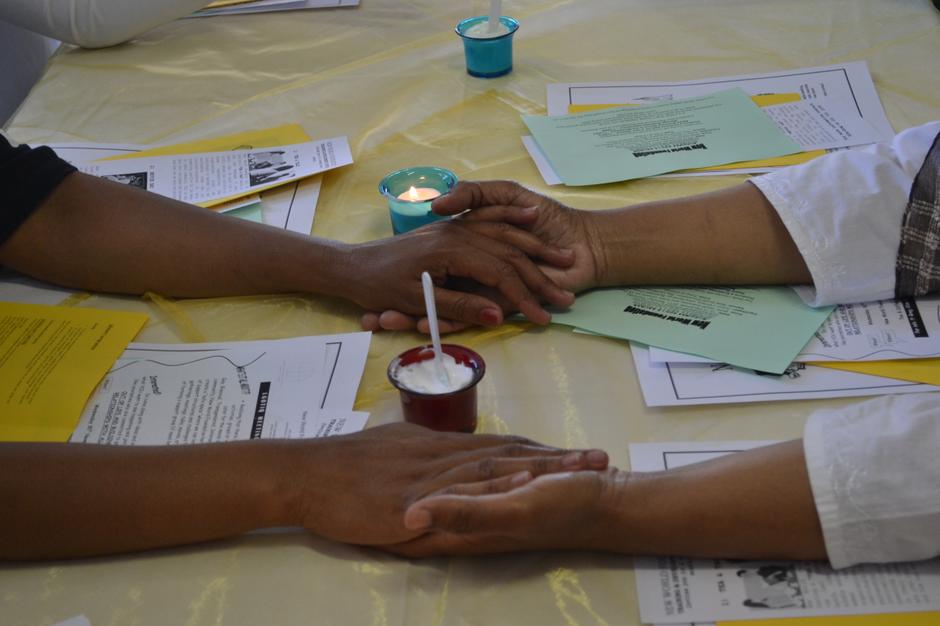 New World Foundation serves communities that live entrenched in poverty and are highly dysfunctional as a result of historical legacies. Children and their families are trapped in hopelessness, manifesting in poor self-esteem and apathy. These characteristics are a strong evidence of a deeply entrenched “woundedness” in the community. An important element of this woundedness is the diminishing importance of the male role model as a result of the “absent male” in the communties. During interviews preceding the strategy development process, the following statement was captured:

“There are very few male role models left because so many men are either addicted to alcohol, in jail, a member of a gang or dead; our children, and specifically our boys don’t have enough positive male role models any more…”

What was significant in the exploration and unpacking of this concept, was that it initially came especially from the women in the group – and very strongly articulated specifically by a member of the community (and also a NWF Board member), Anita Fredericks, who passed away early 2011.

We are currently in the process of researching and exploring the way forward for this new programme. This should put the New World Foundation in a position to better understand the extent of the problem and to identify the kind of interventions and programmes that will address the “absent male” challenge in our communities. The ultimate hope is that in time, this work will contribute to the healing of a very important part of the multiple woundedness of our society and communities. This healing will challenge the men who “lost the way” to “stand up again” and to ensure that the younger generation of boys as they grow up will break down the pattern of fathers “disappearing” from their communities and from the lives of their families. We want to eventually create a mind shift in the culture behind this phenomenon and also to unpack gender stereotypes and reinforce gender equity in this regard.