“Trauma and pain afflict not only individuals. When they become widespread and ongoing, they affect entire communities and even the country as a whole. Multiple wounded societies run the risk of becoming societies with inter-generational traumas.”
Martha Cabrera

Being an organisation always willing to learn from local and international experiences, the awareness arose from the important work of Martha Cabrera and her concept of the multiple woundedness of communities/societies (read her article here ). Besides running already an initiative with the churches in Lavender Hill (Heal our Land Initiative) in which healing played a part to overcome the challenges in the community, an understanding deepened of the parallels of Martha Cabreras concept of multiple woundedness regarding our thinking and work. This process of understanding influenced our strategic planning, where we made a conscious decision to address the phenomenon of multiple woundedness within our core and support strategies. This insight of the multiple woundedness of communities led for instance to the creation of our men work strategy – addressing the absent male role models.Staff members have started to explore ways to weave and add this new insight and dimension of multiple woundedness into our work. Examples of these steps are:

The Hero Book is an art and narrative group therapy workshop in which participants rewrite the story of their own lives with themselves as a hero. It is profound in its simplicity and uses a combination of methods - e.g. drawing and colour, talking and writing, movement and reflection. This programme was facilitated initially by an external facilitator, Claire Barry who trained women groups in Lavender Hill and in Vrygrond. In total 53 women were trained. She then trained staff who in turn facilitate personal self development programmes for NWF including elements of Hero Book. This is to enable the programme to be rolled out to meet the needs of the community (the community needs analysis survey identified personal self development programmes as an important need).

During the 16 Days of Activism Against Violence Against Women and Children Campaign 2011, there were 16 women that were brave enough to use the medium of storytelling to tell their stories to a writer who then recorded the stories for a printed anthology. Most of these women had participated in the Hero Book and the story telling initiative was a step closer to being healed. It was not so easy for them, drawing up all that pain and history of violence, some of which they still currently experience. Germaine Greer‟s theory “the personal is political” rings true even until today after very progressive laws and policies have been passed worldwide to protect our marginalized groups. The 16 selected women have been failed by our country, our society, the community, and some even by their own families in many ways. This has lead to even further and deeper trauma. Following the printing of this book, the 16 women gathered in a private evening ceremony, with two more friends or family each, sharing their stories with lots of lit candles, tears (and laughter), good food and support.

A support group fo Lesbians, Gays, Bisexuals, Transgendered, Intersexes (LGBTI) was started in November 2011. Support was sought after from the organization called the Triangle Project whose beneficiaries are the LGBTI community. This group now meets once a month and are involved in numerous activities. They screen movies and prepare for events like Gay Pride.

This support group is run from NWF by chronic disease lifestyle facilitator, Dianne Christians, on behalf of the NPO ‘Compassion in Action’ as of February 2012. The group meets every Thursday, 10h00-12h00. This health support group was seen as necessary and therefore Dianne was invited to facilitate it from NWF venue as a partner instead of NWF starting their own health support group.

German art therapist and teacher, Angela Katschke who heads the Butterfly Art Project in Vrygrond, adjacent to Lavender Hill, began training 12 people from NWF to become community art facilitators. The 12 participants include NWF staff and volunteers and partner organisation employees. Classes began 2 February 2012. The participants are trained every Thursday, 15h30-17h30, February- November 2012. The motivation for investing in this initiative is for the participants to use what they have learned in their actual strategies they work in. The Girls Club has already began using what they have learnt (drawing Mandala’s). The reason for introducing this training was the observation that Lavender Hill is overflowing with artistic talent that is not fully identified and used to benefit the community itself. Only a handful benefit from their talents. It is hoped that this initiative will help identify more of those talents.

Another group very keen on healing is the girls club (11-15years) who for instance loved the hand therapy session they participated in. They massaged one another’s hands with cream and thought positive thoughts, working on the pressure points of the hands. 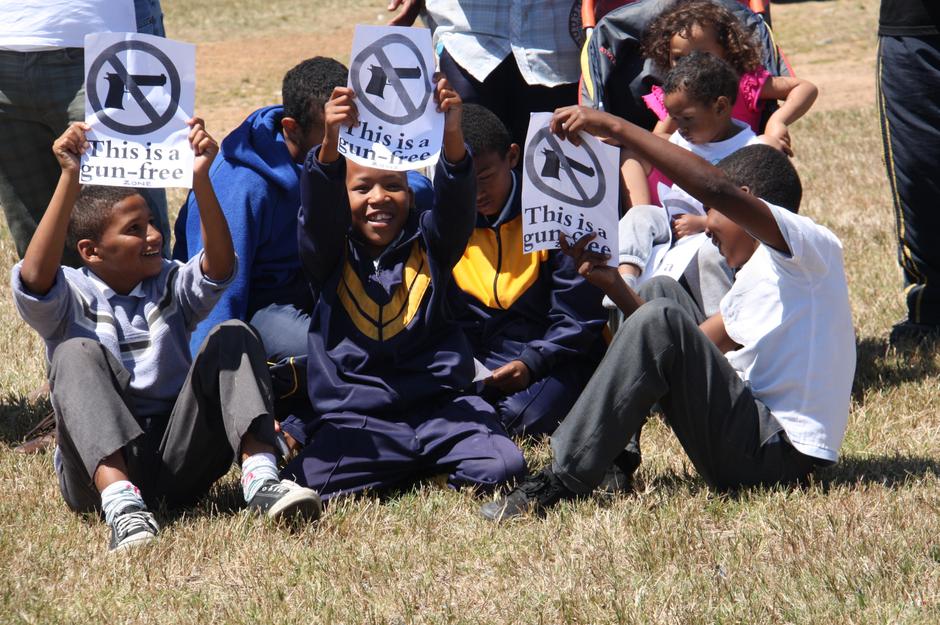